Setalight Festival woke up on a Friday evening in mid-October to happen over two days for the sixth time in our beloved and never-sleeping-city, Berlin.

I was there the first day, 19th of October, to experience an evening full of rock in many of its variations: Heavy-, Stoner-, Hard-, Psych-, 70’s- and doom.

Since the festival started pretty early on a friday, I only managed to arrive at 20:00, instead of 18:30, just before The Great Machine, who belong already to the Berlin-family, started to play.

These Israeli guys occupy every time the stage and make it theirs. Always when I see them live, it feels like a party and it seems like it is quite a job for the organisers to get them off the stage again! (see pics of their previous gig in Berlin here). 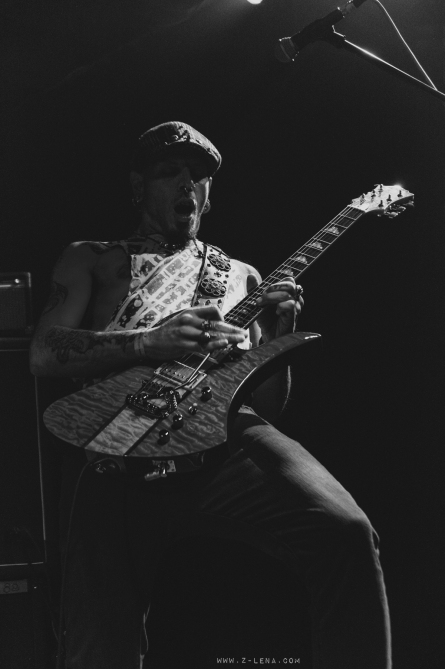 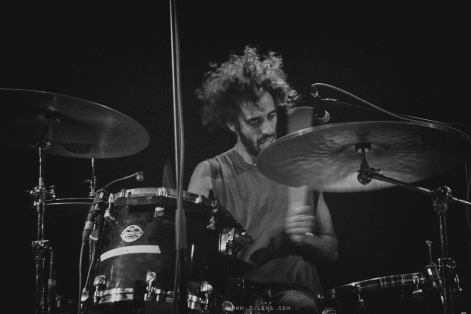 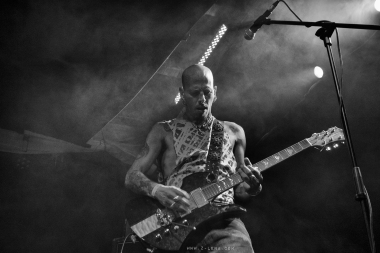 Right after these stoner rockers with punk spirit finished their performance, it was time to see at TIEF, Zukunft’s dungeon and second stage, Rostock’s trio who would be known half an hour after their performance  as “The Incense Guys”.
When I came in, the whole room wasn’t smelling like sweat or cigarette anymore, but like an esoteric shop: it was Zen Bison with their smokey and fuzzy performance. 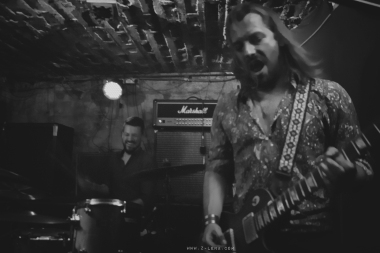 Starting from here, every band would overlap 5-15 Minutes in the agenda. Time was tight, so I ran to see fantastic duo of Beehoover, who was one of my favourites these night. I don’t only find their music fascinating but also the incredible strong presence they have on stage that turns a concert into an aesthetic musical scene and special performance.
I really like the idea that to name their band they were inspired by a TV programme where somebody was covered in bees and used a vacuum cleaner to get rid of them : “That device must have been a beehoover. I promised myself to name a band after that sometime.” – said Klaus-Peter Hammisch, Beehoovers drummer, in an interview not made by me.

Then it was time to run back to TIEF to see the band who would have been my second favourite of the night. Vug, a local band integrated by 4 guys that, as a whole, would give me the feeling of a style as if rockers and young skaters would have been blended together. A style I have seen somewhere before in other bands and find pretty sweet.
Vug mixes sounds of 70’s-rock and proto-metal, that could be like watching Graveyard’s and Elder’s baby performing. That friday night this baby was playing first time with who would be their third drummer now, and it seemed that they were having shit tons of fun. Again, like boys skating whole evening long. 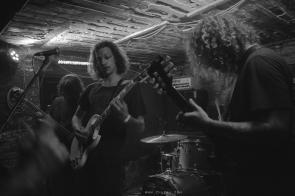 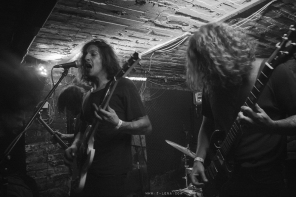 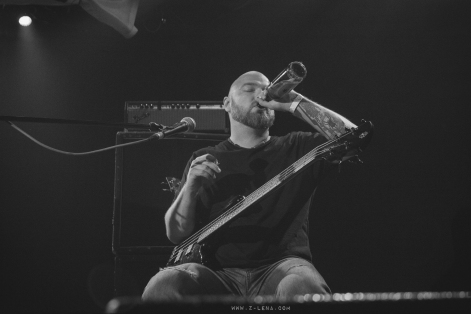 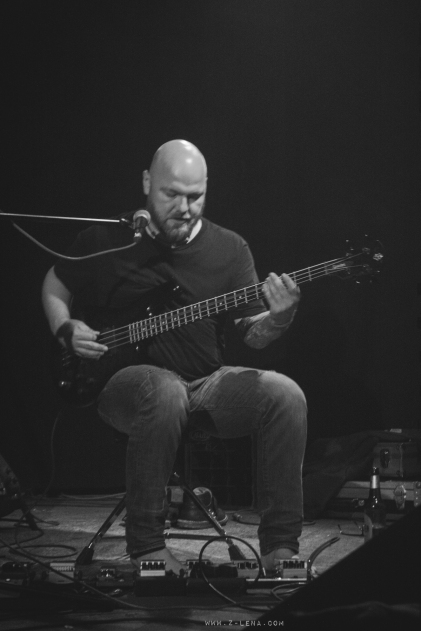 Last stop was the main stage again, where Sasquatch would conquer the stage for more than an hour, before leaving it to Pyrior.
Sasquatch, a three-headed band from Los Angeles, California, baby 😉 , has been featured on TV Seires as Sons of Anarchy and MTV’s Viva La Bam which, in my opinion fits quite good with the music and vice versa. I don’t know how known this Series was in Europe, but over there in american continent it was something what every teenager would watch. And getting back to this teenage memories, it was a fun experience to presence them live.

The attitude of guitarist and bassist was really U.S. American, as if they would have L.A. tattooed in the inside but, although I am quite sensitive to this, they did not seem arrogant nor irritating or idiotic to me. I found them actually quite fun and they seemed to have a lot of fun as well.
Their performance was a little bit like the concerts you see on TV, with fans trying to touch and kiss the stars and the musicians themselves running up and down the stage touching and scratching their instruments as if it would be their lovers.

The night finished with something to calm us a bit down and take us to the spacey dark layer of this festival after the California boys would finish. Pyrior, who’s about to celebrate their 10 Years anniversary next January, took the stage. It was dark and trippy with nuances of green, cyan, blue and outer space. Texturised with comments like “ Max Appeal is the best guitarist I know in Berlin” would the first night of Setalight end. 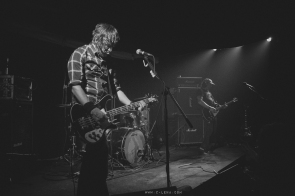 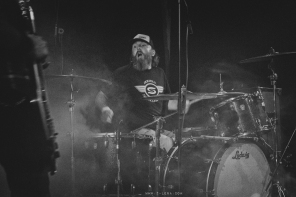 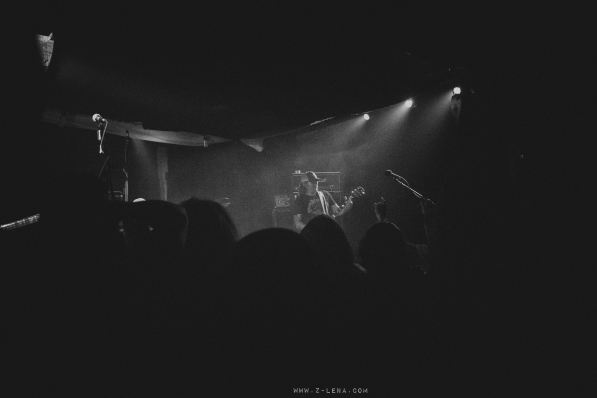 Coyote Doom Blog is an alternative DIY blog exploring Art, Culture and Heavy Music in some corners of the underground and other surfaces.
As a female photographer and artist based in Berlin, together with my collaborators, I aim to share my synesthetic experiences around this scenes.
Trial and error is helping this blog to develop little by little. Thanks for reading, watching and supporting!

As a way of honoring the artists I shoot and not taking their work for granted or as “just another concert/performance more,” I will be posting throwbacks of what I experienced in 2019 and only photograph a few selected concerts this year.
To honor myself, I will dedicate more time to my artwork and will open slots for individual band portrait and artwork sessions.
Please contact me through the Contact Form or via Instagram to work together and arrange a date. I’m excited to read you and create something together!